As expected will be an evolution of the current model in terms of styling.

The next 911 will get thorough under-the-coved skin updates as it enters its 8th generation.

911 model director, August Achleitner, didn’t say exactly which autonomous features the car would have, but give some hints over that it would be more advanced than before, adding that the driver will always be the focus of the model.

They did work on the steering wheel to keep the car smoother and better in performance.

The driver will be able to switch off the assistance systems too. it’s not fully electric car like other models.

the official preview, the car’s new rear design was shown long before it is officially revealed thanks to a leaked image. 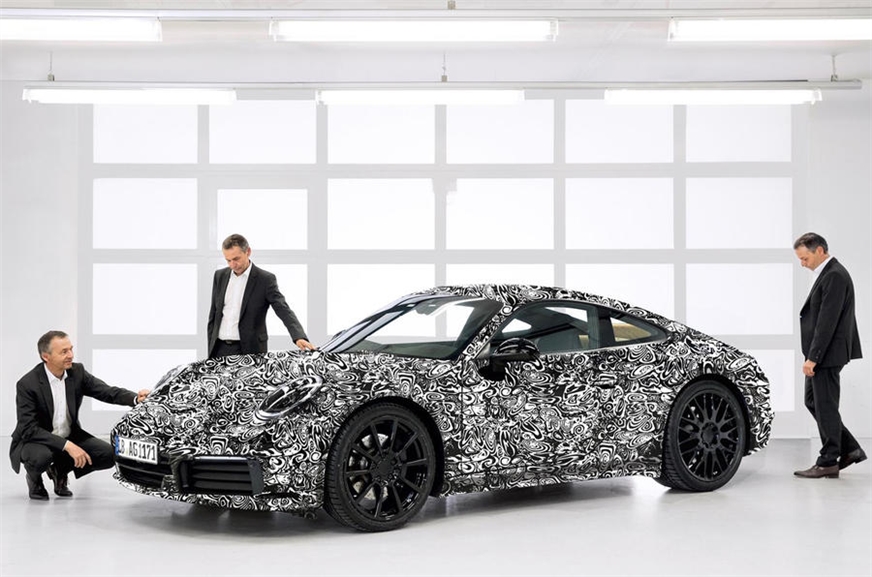