The presentation of a new Lamborghini is an event that involves people working in this industry, press and car enthusiasts. But when the car in question is not a road Lamborghini but a racing car, this becomes a special event to mark in red on the calendar of every Motorsport fan. And so it was for the presentation of the Huracán Super Trofeo Evo, which took place on September 20, 2017, during an exclusive event in the factory of Sant’Agata Bolognese. This was the opportunity to announce the new partnership between Lamborghini Squadra Corse and Roger Dubuis, the famous Swiss manufacturer of luxury watches.

As you probably expect, the Lamborghini Huracan Super Trofeo employs a good amount of carbon fiber in order to keep the car’s curb weight as low as possible. That extends to the exterior body components, all of which use the popular composite in their construction. 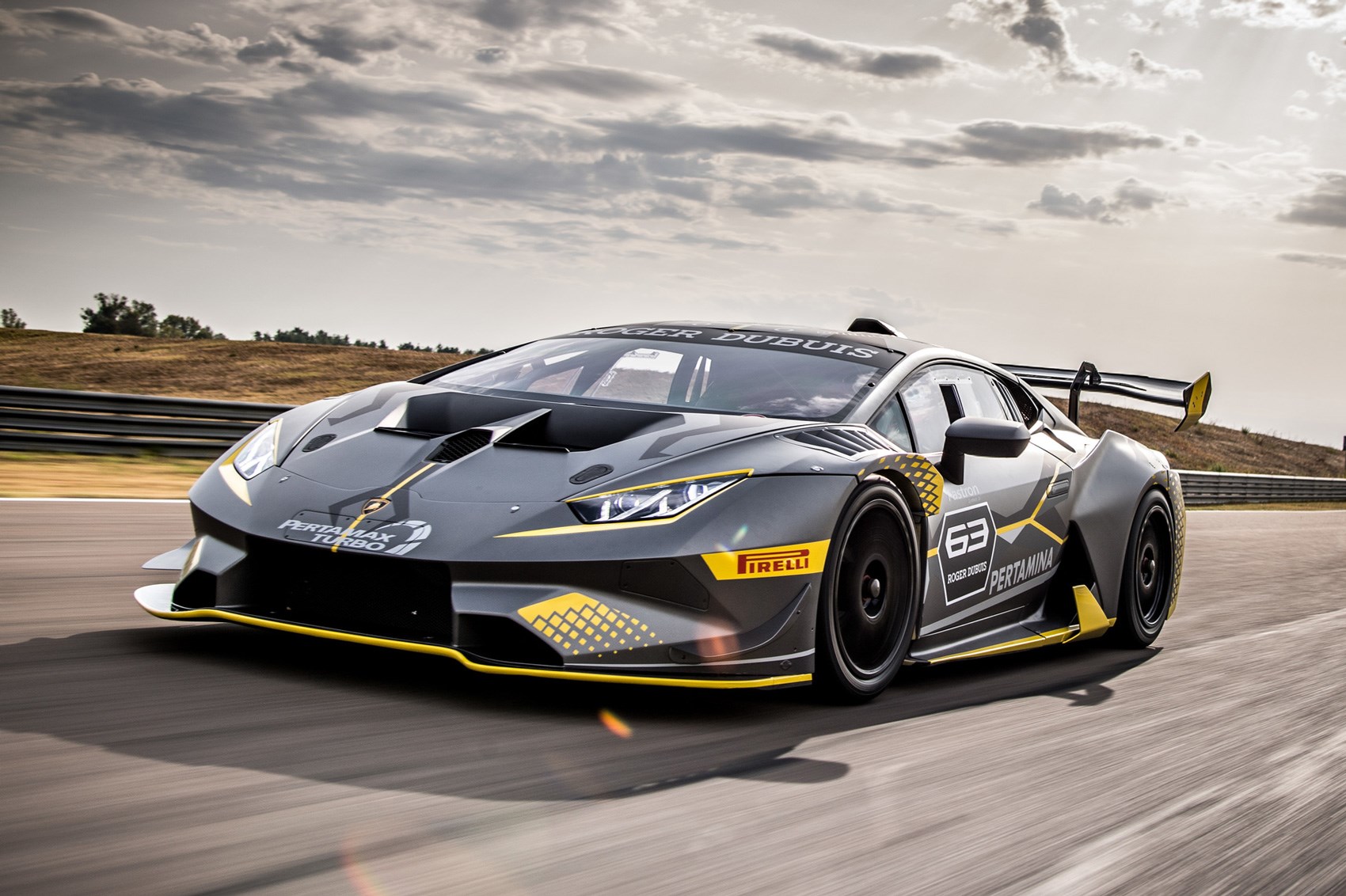 That extends to the exterior body components, all of which use the popular composite in their construction.

Of course, that’s what the last Super Trofeo got as well, so what’s new this time around?

The overall goal was to “maintain the same high downforce of the previous model while achieving higher overall aerodynamic efficiency and so less resistance to forwarding travel with improved stability.”

As such, most of the exterior design was reworked, with the only carryover components being the flat floor, front splitter, and rear diffuser. Kicking off the upgrade list is a new rear engine cover fin and upper intake component.

The Lamborghini Huracán GT3 is based on a hybrid body shell mainly formed of aluminum and reinforced with carbon fiber components in the areas of greatest torsional stress. The body shell is equipped with a roll cage that meets FIA regulations and extends to the rear end, thus enhancing torsional stiffness. The body is crafted in composite materials (CFK, Kevlar, fiberglass), and the aerodynamics were developed together with Dallara Engineering, featuring the direct support of Gian Paolo Dallara, the company’s founder.

The brakes are also equipped with a supplementary cooling system for the discs and calipers. 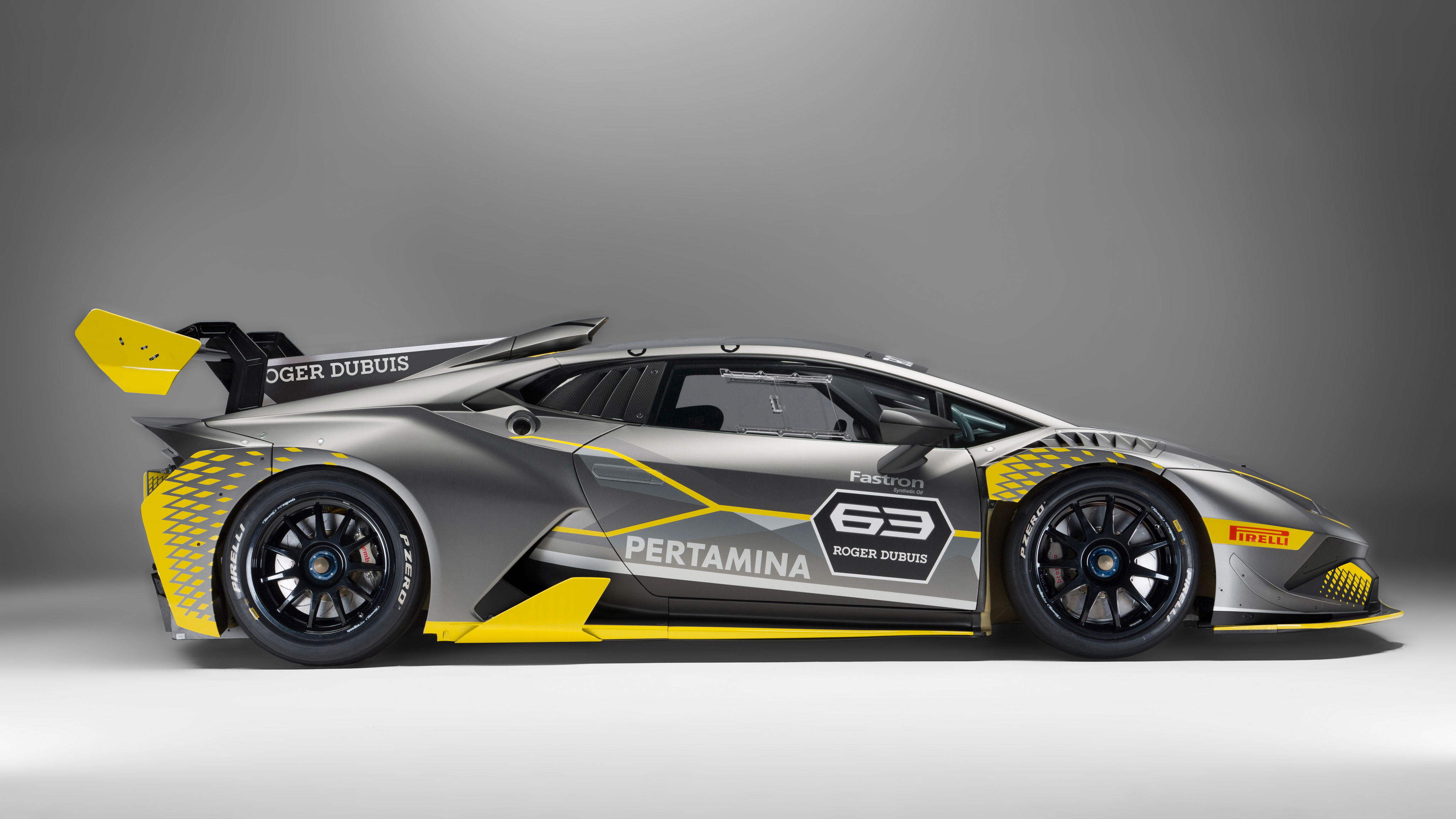 The Bosch Motorsport ABS system boasts ten positions that can be selected by the driver using a button on the steering wheel, and the same is true for the traction control adjustment, which can also be set over ten parameters to trigger the system according to road grip and degree of tire wear.