After nearly a year of hearing, discovery, motions, and legal maneuverings, a bitter battle over autonomous  tech trade secrets,  finally kicked off this week and in its opening days, the case has lived up yi its billing as the first great trial of this self driving century.

Tesla reported a record losd while Elon musk races ti ramp up model 3 production : Ram truck caught flak for a quetionable super blow ad; UBER IS TRYING TO WIN BACK DRIVE ; AND someone slapped a self driving Chevy Bolt. Its been a wild and kinda werid wèek .

Thanks fir california regulations that required companies working on self drivibg vehicles repot all crashes, we know humans have a tendency to rear end these cautious creatures.

The world is going to Electric vehicles.

You heard about the news of Tesla motors is that tesla roadster send in to the space, not really.

They just make the news for pramotiin and get on treading …that will help to grow stocks of the company.

And people will that kind of stupid ideas. I kkow it will be happen in future. But now whats its purpose, just for publicity stunts.

In BBC topgear news, there were making fun of tesla motors. They  fid try to drive tesla cars and u can seee that how they Jeremy Clarkson, Jodon Dawn and Richard insulting the tesla motors …i dont know why but i like the show.

There are many more like – car dekho, car wale, zipwheels, auto list, true car, ndtv auto and lot more websites and blogs. You can find on internet easly.

And there so many car websites, magazine  publisher and blogs .are doing same thing they are just review, telling performance, road test, price specification but here in redx cars some of catagory is nice they arr doing youtube channel for luxury supersports and concepts cars …which i really like …i m visting every day here and share redx cars to my all social networking media sites. 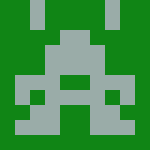 9 thoughts on “Future Cars are struggling 2019”