Hello, friends welcome back to the REDX CARS. Today, I was browsing on the internet and look, what I got from behence.net. Yes, Mercedes-Benz streamliner 2040 concept Car design based on world war II 1955 Mercedes W196R.

I m a little mad about this design, so I did research and read every blog, website, and watched some videos.

So, this article is all about Mercedes-Benz streamliner 2040 concept

And I ‘ll explain to you why I am mad about her.

first of all look at the stunning design.

South-Korean designer, Minwoong Im has created several concepts in the past. you can follow him on Instagram.  (if you want too)

you can see his other automobile designs and concepts.

Minwoong Im has created no less than five other captivating concept vehicles, all of which exhibit a unique and authentic interpretation of each brand. 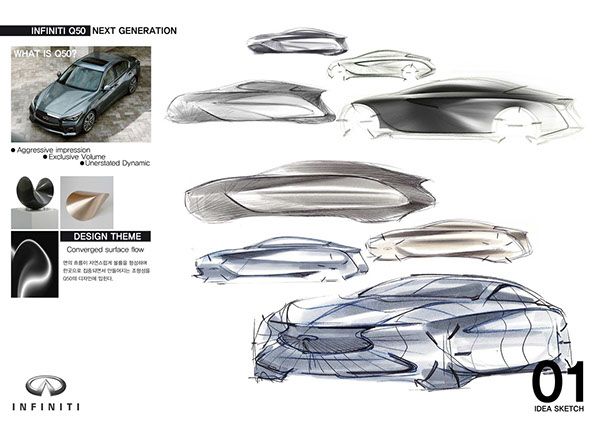 Now, Minwoong Im is based in Seoul and has created several other mind-blowing concept cars in the past as well.

These include the Infiniti Boa concept, Infiniti Q50 next generation, and several unnamed designs based on cars from KIA motors.

In addition to the name, the ‘4040 streamliner’s’ form appears to borrow lines straight from the streamline-era handbook’.

Minwoong Im said that about Design Mercedes-Benz streamliner 2040 design. He already started in 2015 and put his design on Hongik university industrial design show in 2016.

How he gets the idea about his design

How did he do that

So started rough sketching and digital painting of the modern version on 1955 Mercedes W196R. As we can see that his presentation of the Mercedes-Benz streamliner 2040 concept.

And he designed a very welled futuristic jet-powered concept. It clearly shows he has a purely artistic vision.

And he named it Mercedes-Benz 2040 W196R Streamliner

After that, Minwoong Im worked on the clay sculpture model.

And 3d modeling to understand and represent the design a better way.

As we see Minwoong Im worked on a realistic model for showcase on Hongik university industrial design show in 2016.

As he told in the Korean language, so I did translate it. he said, “he worked so hard on from starting to the end”

So, why this Mercedes-Benz streamliner concept makes me crazy?  The reason is its Exterior futuristic design. He follows all the design Lines of old classic 1955 Mercedes W196R.

The original Mercedes ‘W196R’ based its design upon WWII fighter planes, and in a similar fashion, this concept is powered by a dual jet engine power system. 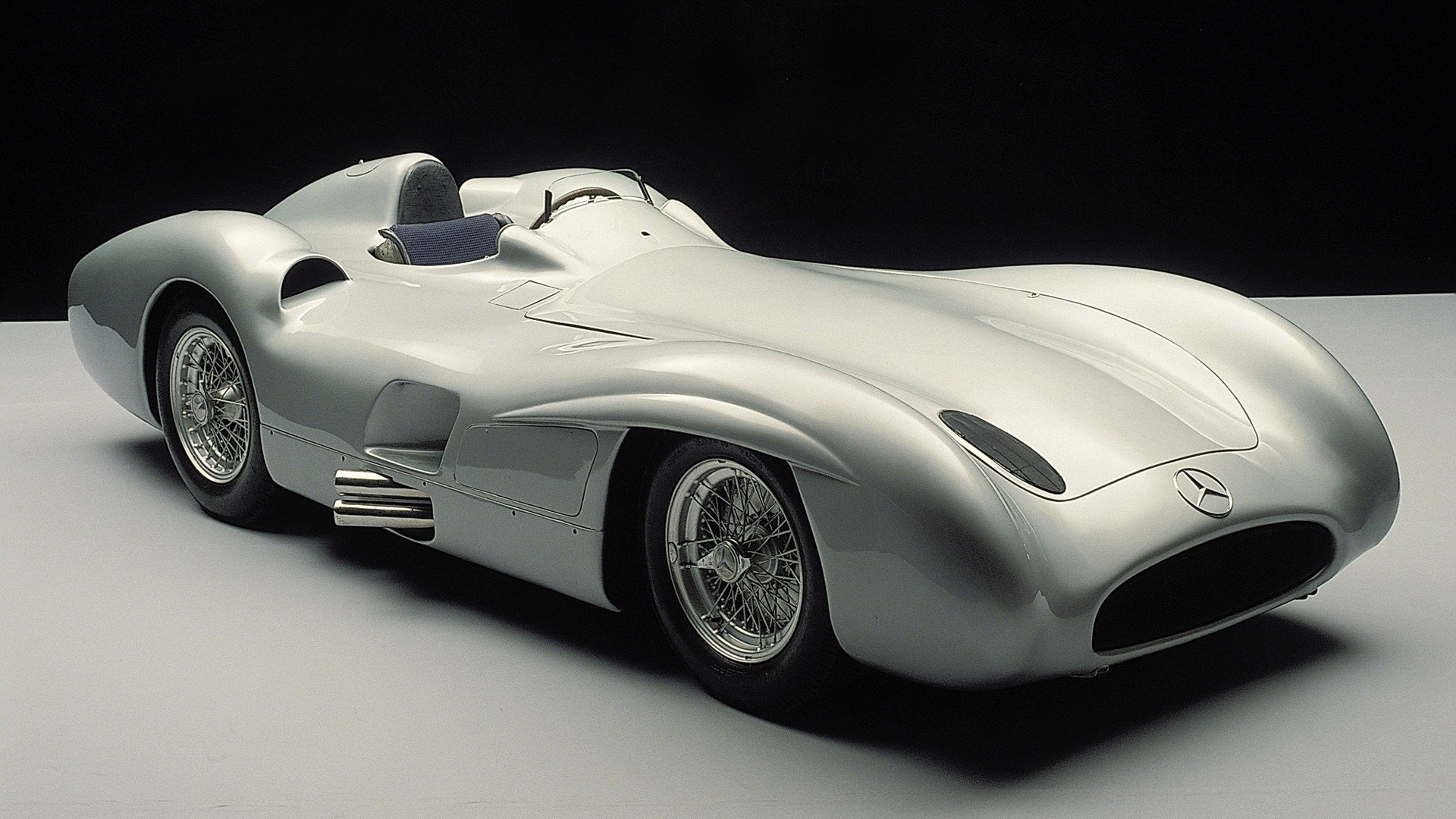 And, it won 9 of 12 races entered and captured the only two world championships in which it competed. The legendary 3-liter 300 SLR (Sport Leicht Rennen) was derived from the W196 for the 1955 World Sportscar Championship season. 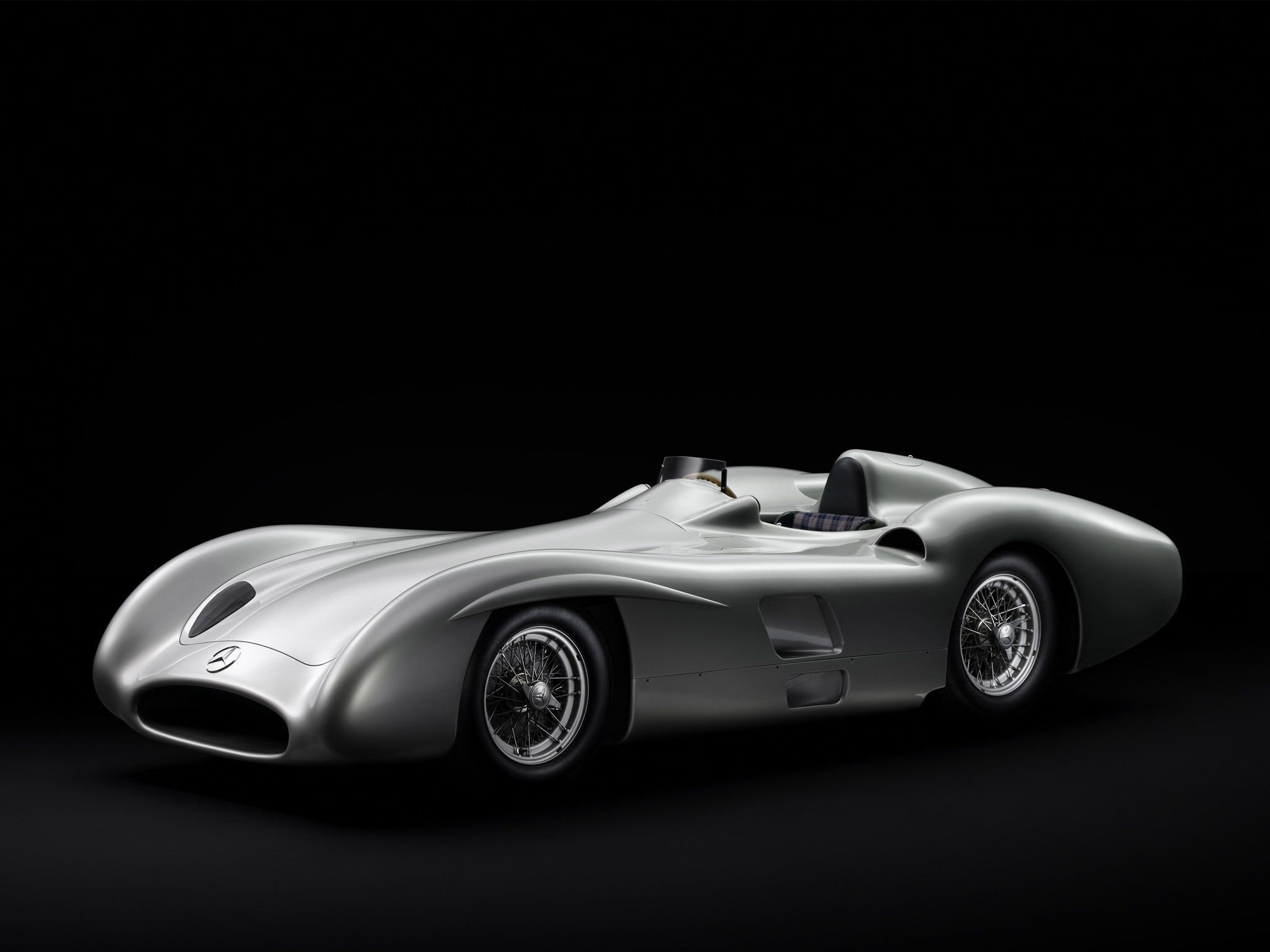 And its crash at Le Mans that year ended not only its own on the WSC (1955 World Sportscar Championship) circuit but spelled the end also for the W196,

as Mercedes pulled out of competitive racing in 1955.

What a legendary beast. So that was the past.

as I was thinking to redesign the incredible Mercedes W196R same as Minwoong thought.

And he did an amazing job with his professional designing expertise.

upon closer inspection, the more discerning eye will see the influence of the 1950’s version.

Just as the classic  ‘W196R’ had influenced him, Mingwoon’s renderings can serve to inspire the manufacturer’s designers to take greater risks, to design truly dramatic and mesmerizing cars.

Dubbed the ‘2040 streamliner’, this elegant car concept depicts the future for an automotive brand, Mercedes-Benz.

Its a demo car design, so there is no authentication the Mercedes-Benz agree to add it on its concept lineup